There are therefore a number of types of magnesium available, which vary in delivery method and composition.

Magnesium supplements for internal use

Internal forms of magnesium are swallowed and travel through the digestive tract. Tested levels of absorption of Internal magnesium supplements range from 4% absorbed to approximately 50%.

These forms of magnesium are typical minerals or salts found in nature, such as magnesium chloride, a common component of seawater.

Another term used for these types of magnesium supplements is "inorganic", although it may be misleading, as this form is often closest to the forms of magnesium found in nature.

Magnesium supplements based on mineral salts include:

These forms of supplements represent acids bound with magnesium, typically in a laboratory environment, to form a complex between magnesium and a composition of hydrogen, oxygen and sometimes carbon and nitrogen, known by the chemists as an "organic compound".

These types of magnesium are often referred to as "organic salts" of magnesium, since they are organic in the way determined by a laboratory chemist, and not in the way that is customary in agriculture. As they are not normally extracted from food or plants, they cannot be classified as "organic" according to the standards of USDA. This includes this:

A chewed magnesium supplement is a kind of biological acid complex in which the magnesium is bound with an amino acid containing nitrogen, one of the basic building blocks of proteins.

The molecular formula for glycine, an amino acid. Because of the complex chemical processes required to produce magnesium-chelates in the laboratory using amino acid, the chewed supplements are among the most expensive choices in magnesium supplements.

Acid complexes of magnesium and their subgroup, amino acid chelates, are generally easier to absorb by the body. They are not based on solubility, but on protein roads for bioavailability.

Magnesium supplements for external use

Magnesium directly applied to the skin can be absorbed directly into the cells, relieving the digestive system. Transdermal or "external" magnesium products work in a way that is similar to transdermal plasters, such as those used for contraception or cessation of smoking.

Transdermal magnesium is becoming increasingly popular among those who have difficulty in achieving a healthy daily intake of magnesium, especially those who experience side effects associated with internal magnesium and the digestive tract.

Unlike internal magnesium, transdermal magnesium does not produce negative side effects such as diarrhoea.

Transdermal magnesium brings us a suitable solution for this dilemma, and gives us a powerful tool for increasing magnesium intake. Adding magnesium gel, magnesium-yellow, magnesium-oil spray, magnesium bath salt or lotion to a normal morning or evening routine is simple and uncomplicated, and prevents the swallowing of pills and coordination with meals.

Magnesium chloride is found in natural form in seawater, but the purest forms of magnesium chloride come from the ancient Zechstein Sea, an underground spring under - mainly - northern parts of the Netherlands and Germany, which was protected from modern impurities for about 250 million years. 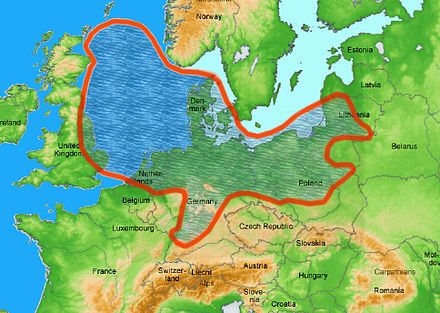 Magnesium chloride appears to have the highest bioavailability of all known above types of magnesium due to its superior water solubility. In fact, it has been discovered that water solubility is directly related to the absorbability of a supplement, since it is established that the "non-substantiable" composition of magnesium absorption in the digestive system refers to "soluble barrier", the mechanism by which minerals and electrolytes guide solvents, such as water, in the process during digestion and absorption2.

The so-called magnesium "oil" is actually not oil at all, but rather an over-saturated concentration of magnesium chloride (usually between 20 and 30%) and water. It feels oily and smooth when applied to the skin, but it absorbs quickly, leaving a slightly sticky "sea salt" residue that can be rinsed off. Transdermal magnesium therapy offers many advantages, as it completely avoids the gastrointestinal tract and therefore does not have a laxative effect. It is stable, biologically available and naturally occurring.

In addition to intravenous magnesium administration, transdermal therapy therefore provides a larger amount of magnesium, which is moreover better absorbed than even the best tolerated supplements for internal use, and can recover intracellular concentrations in a few weeks rather than the months needed for internal replenishment.

bodyRevitaliser therefore - based on all this information - chooses mainly for transdermal use and you can recommend this after extensive multi-year self-tests with peace of mind.